I ordered Red Line 58204 Heavy ShockProof Gear Oil. Will this oil be fine to use in the reduction gear on my 2012 Leaf?

if the oil is Matic S equivalent, then it is fine. I used Redline D6 myself. I am not sure if the 58204 is Nissan Matic S rated.

I canceled and order D6 ATF. The Red Line website recommended D6 ATF for the Nissan Leaf. Thanks!!!

Matic S equivalent oil is fine.
Shoes make an outfit; they're like rims for a car.

As I understand it, most of the magic underlying the myriad of different ATF specs, has to do with friction modifiers. Since there's absolutely no shifting going on, I doubt if any of it matters for LEAF. That said, I know my doubts don't constitute facts and so I did choose the Redline D6

I concur with the choice of Redline D6 ATF fluid ( https://www.redlineoil.com/d6-atf ). It's Pour Point is -76 deg F, which means they must be using moslty PAO with POE for their base oil, as other Nissan Matic S ATF fluids are typically about -60 deg F using mostly GroupIII base oil. PAO & POE are better for longevity, assuming the antioxidants are similar in formulas. What clues we have, Redline wins.

Also, Redline D6 is slightly more viscous, by about 10%, than most other Matic S ATF fluids available, which is probably better for wear. Also means a small loss of efficiency which most won't notice.

A downside is that Redline only says its for Nissan Matic S applications like ours. It doesn't officially hold that certification. Redline (Phillips 66) is a reputable company though. My Nissan Owner's Manual (2020 Leaf) has strong wording that we void the warranty if they find out we are using something that is not officially Matic S test approved and a problem occurs. Hmmm, it would be "safe" to simply use Nissan Matic S. Undecided here. I won't need it until a year or two from now anyway.
2020 Leaf SV
2016 Ford Focus Electric (traded in at 34k miles, 5 years)

Even RedLine's "SuperLight" version of their racing ShockProof Gear Oil group has a kv100 twice that of a Nissan Matic S (Dexron VI). The SuperLight would work, with about a 2% or so loss in range though. Use the "Heavy" version and you'd get around a 5% loss in range, no kidding, very thick stuff. The other problem with using Racing gear oils is the longevity & corroson resistance, not something they cover in racing applications.

Redline D6 ATF is good for Nissan Matic S, true, yet there is another choice which may actually provide a slight increase in range due to EP esters: "LubeGard Complete Full Synthetic ATF" (Matic S, DexronVI), amazon and autoparts stores.

Looks to me like Nissan just says use Matic S due to political reasons. That gear reduction & differential package are simply gears, so any kind of ATF or gear oil would work, though you want the lowest visc one you can get away with and still have low wear rates, to max the EV's range. 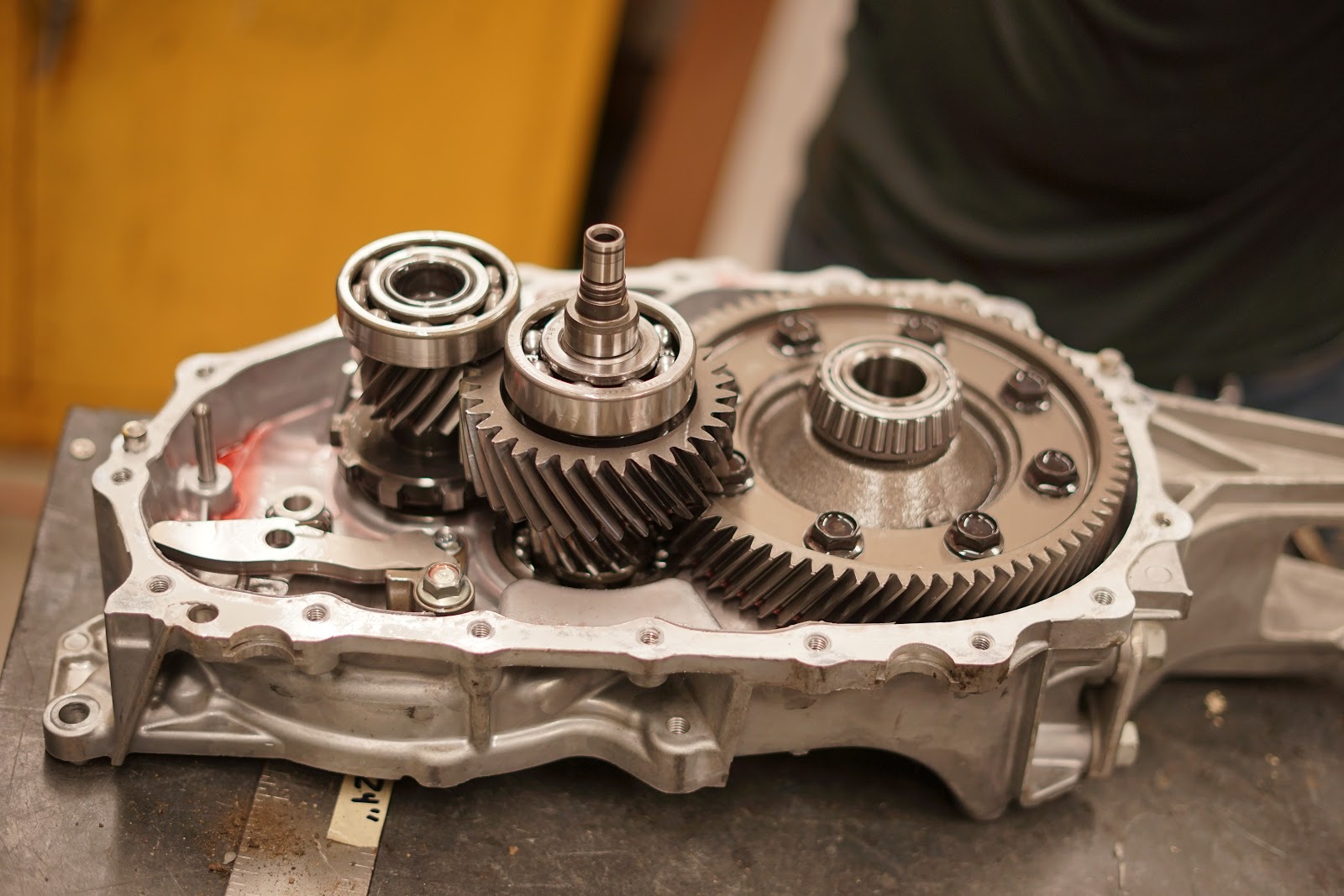 Nubo wrote: ↑
Sat Mar 23, 2019 12:34 am
As I understand it, most of the magic underlying the myriad of different ATF specs, has to do with friction modifiers. Since there's absolutely no shifting going on, I doubt if any of it matters for LEAF. That said, I know my doubts don't constitute facts and so I did choose the Redline D6

That's right basically. The involute helical gears aren't very sensitive to what level of friction modifiers are in the ATF fluid, something conventional automatic transmissions need for their specific clutch materials & pressures. The gear faces do squirm a little when hit with forces, but it's small rubbing compared to things like piston rings, cam lobes, AT clutches, all we don't have of course.

Viscosity-induced teeth drag has the biggest effect on Leafs for us, not friction modification. I wouldn't use any ATF fluid or GL-4 gear oil with a KV100 viscosity greater than 7 cSt here. Nissan Matic-S made by Idemitsu, who likely is the OEM supplier for Nissan, has a KV100 = 5.5, quite low compared to many DexronVI-rated ATF fluids out there which are about 6.2 or so.

Redline D6 is good, but I'm picking Amsoil Fuel Efficient ATF (ATL code) with an all-PAO GroupIV oil base for longevity, and viscosity is low enough at 6.3 cSt. Also GM's "Dexron HP" (Mobil 1 makes it I think) is excellent too, good for 150,000 miles in their automatic transmissions, and used in Chevy Bolts to go around 200,000 miles or so, advanced tech inside.

As an aside, I notice "LEAF" should always be capitalized like it was some acronym. Does it mean "Low Emission Automotive Future"? Guessing. Some might say "low" should be "zero", but we all know the electrical grid ain't "zero".
2020 Leaf SV
2016 Ford Focus Electric (traded in at 34k miles, 5 years)