I found information for the adapters that plug into the LEAF's wiring harness in place of the original H11 bulbs:

Purchased through Amazon from uxcell. The description is: uxcell 5 Pcs H11 Headlight Bulb Male Wire Socket Adapters. The current price is $9.64 and the item model number/manufacturer part number is: a15040300ux0205

GerryAZ wrote:I found information for the adapters that plug into the LEAF's wiring harness in place of the original H11 bulbs:

Purchased through Amazon from uxcell. The description is: uxcell 5 Pcs H11 Headlight Bulb Male Wire Socket Adapters. The current price is $9.64 and the item model number/manufacturer part number is: a15040300ux0205

I purchased the JW Speaker fog lights through 4 Wheel Parts (store in Phoenix, AZ). They are also available through many other suppliers that deal with parts and accessories for Jeep Wranglers.

Thank you for supporting a good set of companies!! (J.W. Speaker AND 4 Wheel Parts)

pkarza wrote:I just did this to replace my broken lights... <50$ CDN!

post back in a few months, i see several reviews that these leak / get condensation inside. i am pondering about doing these too but not sure about the reliability.

havent put these on the leaf yet.. but walked in front of a fire truck and noticed them installed, had to take a picture to show here 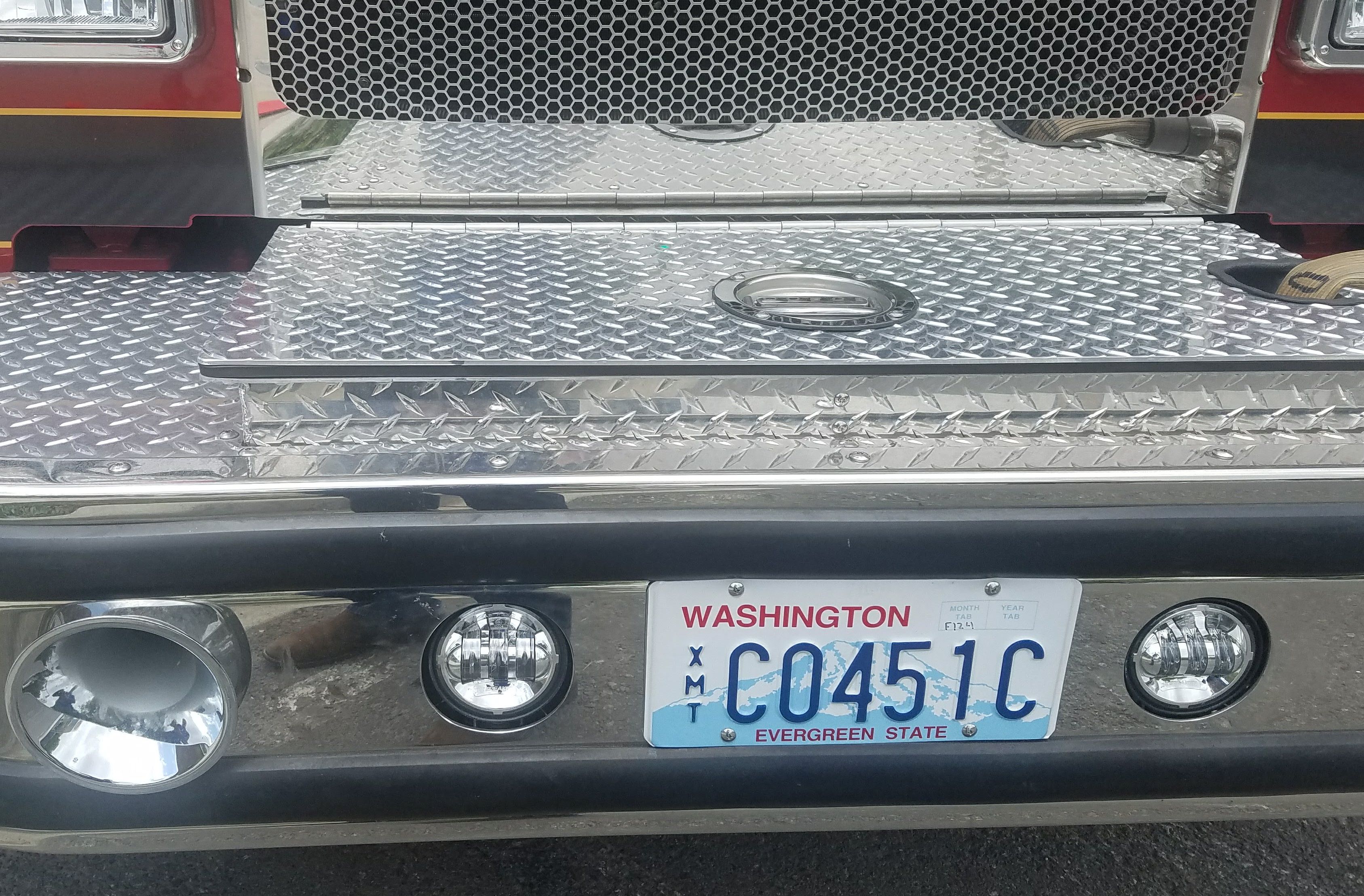 I decided to do this on my 2014 LEAF. Before starting, I checked to make sure the 6145s worked with a 12vDC power adapter I had lying around since I knew I would be modifying them and didn't want to have to deal with warranty issues after I had already done the modifications. The physical modifications all went fine and I got the new fog lights mounted, but when I tried to turn them on, nothing happened. I checked for voltage from the car with a multimeter and got nothing. I checked the fuse for the fog lights and found it to be blown. I replaced it and checked (successfully) for voltage again, but as soon as I connected either LED fog light, the fuse blew immediately. I checked both lights with the power adapter again and now neither one of them works. @Beardedjeff, any ideas? Am I totally screwed now?

EDIT: After doing some more research and testing, I have discovered that the H11 headlight wiring harness I used (https://www.amazon.com/gp/product/B00XP4PP6W, as recommended somewhere above in the thread) has reverse polarity. The black wire is actually hot and the colored wire is ground. Which brings me to my next point: For anyone else who might want to do this, make ABSOLUTELY TOTALLY 100% SURE that you get the polarity correct. If you don't, you will do like me and fry your $200 foglights. To @Beardedjeff, maybe it would be a good idea to include a blocking diode in the foglights so they won't be destroyed if someone gets the polarity wrong by accident?

How are the lights doing now?

I always check polarity when replacing halogen or incandescent bulbs with LEDs. The incandescent bulbs are not polarity sensitive so manufacturers are not always careful with polarity if the sockets are not grounded. The small wedge-type bulbs can be plugged in either way so I blew a fuse when I replaced the front park light bulbs with LEDs in the 2015. I replaced the fuse then checked the sockets and LED bulbs carefully before plugging them in again.
Gerry
Silver LEAF 2011 SL rear ended (totaled) by in-attentive driver 1/4/2015 at 50,422 miles
Silver LEAF 2015 SL purchased 2/7/2015; traded 8/10/2019 at 82,436 miles
White LEAF 2019 SL Plus purchased 8/10/2019
Post Reply
Load more posts
27 posts