Mintrue is setting up shop. "War is Peace." "Biggest crowd at inauguration ever." "The Death Star had no design flaws. Period."

The size of the crowd really doesn't matter, and is easily verified. What kind of lies is Trump going to tell when it really matters, and isn't easy to verify?

What did Steve Spicer mean by "we're going to hold the press accountable"?

"Brian Fallon, who was in line to become press secretary if Hillary Clinton had won, wrote, "Sean Spicer lacks the guts or integrity to refuse orders to go out and lie. He is a failure in this job on his first full day." "

They are setting up to claim that the worldwide TV viewership of this inauguration was the biggest ever, and that may even be true - the number of TV viewers grows every year. It's pretty appalling, though, to have a President who literally lies every time he speaks to the public, and apparently instructs his Press Secretary to do the same.
Scarlet Ember 2018 Leaf SL W/ Pro Pilot
2009 Vectrix VX-1 W/18 Leaf modules, & 3 EZIP E-bicycles.
BAFX OBDII Dongle
PLEASE don't PM me with Leaf questions. Just post in the topic that seems most appropriate. 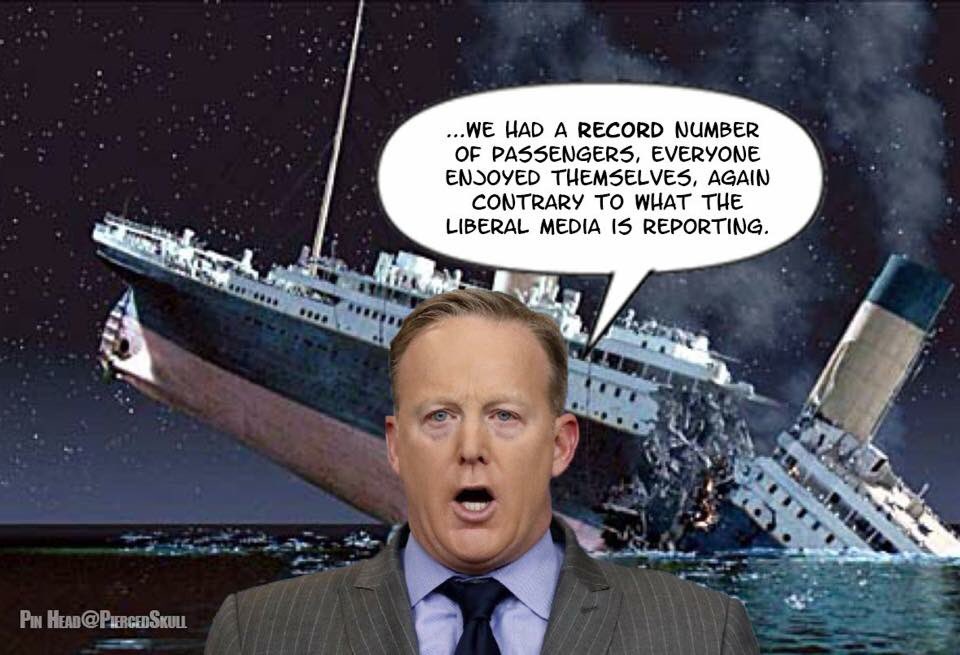 
When it calves, the Larsen C Ice Shelf will lose more than 10% of its area to leave the ice front at its most retreated position ever recorded

Oh, wait. No it's not. In fact, there is nothing scary about it. The temperatures in the Antarctic are about 2C lower than they were during the last interglacial and the sea-surface temperatures around Antarctica are DROPPING, not rising as the climate alarmist predicted they would do:

Since you are so bent out of shape about CO2, you should be celebrating the fact that this event will lead to the sequestering of CO2:

There, I fixed it for you.
2011 Leaf with 62,000 miles given to Nephew
2013 Tesla Model S85 with 251 miles rated range at full charge
Leaf Spy Manual
Battery Aging Model Spreadsheet

Oh I see you are using "alternate facts". How convenient.

LTLFTcomposite wrote: Nobody asked me if I watched it, did they ask you?

Oh I see you are using "alternate facts". How convenient.

All future errors will be in Trumps favor, of course. Works that way when you are rich and a TV star. He doesn't respect science, laws and the Constitution.

I keep getting this image of a prison camp. Starving inhabitants dressed in gray strips. Well fed guards. With a sign saying "Make America Great" over the entrance.