I just got back from my first overnight Winter Field Day. I think I'd do it again, assuming it isn't too wintry.

The youth auxiliary of the Boulder Amateur Radio Club (BARC Jr) participated from St. Vrain State Park this year. Although the night was chilly, we lucked out that the event fell between snow storms.

I set up sleeping quarters in the LEAF and planned on plugging the EVSE in at the campsite to use the heater, as necessary.

My room for the night: 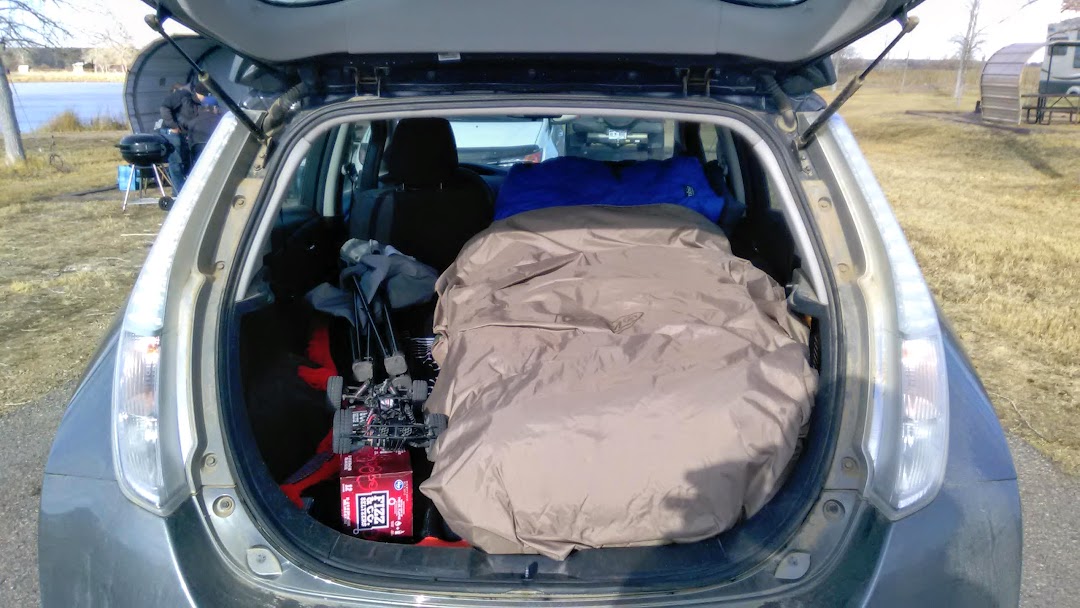 We set up two high frequency (HF) radio stations, one with a wire dipole antenna strung between trees, and the other using a small vertical antenna mounted to a folding music stand tripod, and both radios were connected to batteries. Although I've considered using the LEAF as a power station, using batteries is more energy efficient and less risky. 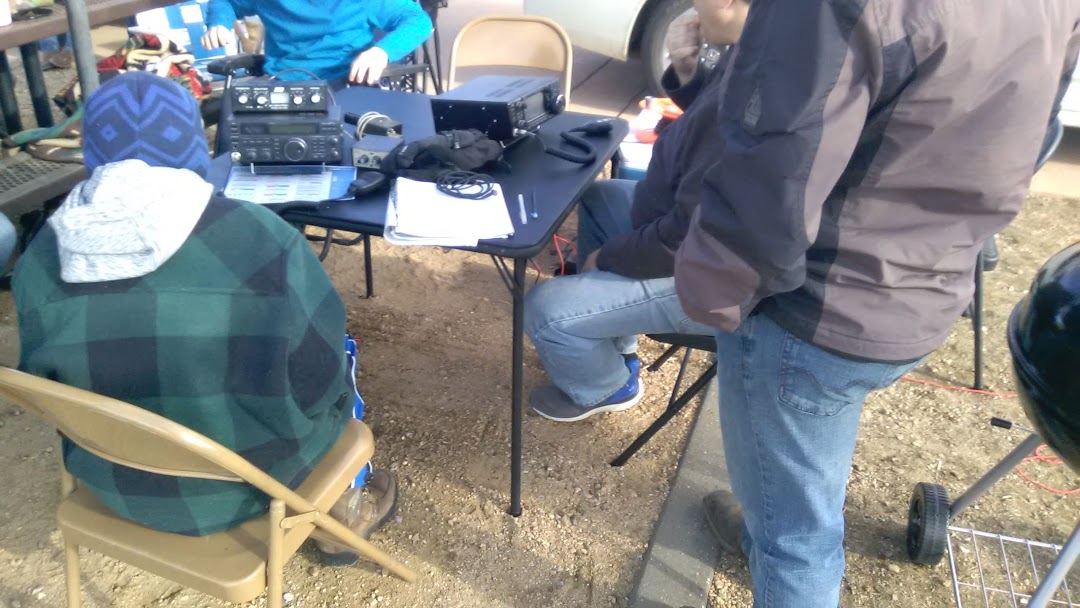 Both the 40-meter (7 Mhz) and 20-meter (14 Mhz) band conditions enabled fairly reliable communications with stations in Canada (they had the good sense to be operating from home) as well as the continental US. We didn't make a large number of contacts, but had a lot of fun.

After telling stories around the campfire, I powered up the LEAF and warmed up the interior a bit before cocooning myself into the mummy bag. The electrical box at the campsite had a metal divider too close to the 120 V outlet to accommodate the EVSE, but the cabin pre-warming didn't drop the charge percentage.

I awoke to a frosty 17 F with ice on both sides of the windows--I'll slightly open more than just one window next time. I thought it'd be a great idea to set the climate timer to warm the interior before getting out of bed, but I set it for 7:30 and was ready to get out at 7. Opportunity missed! 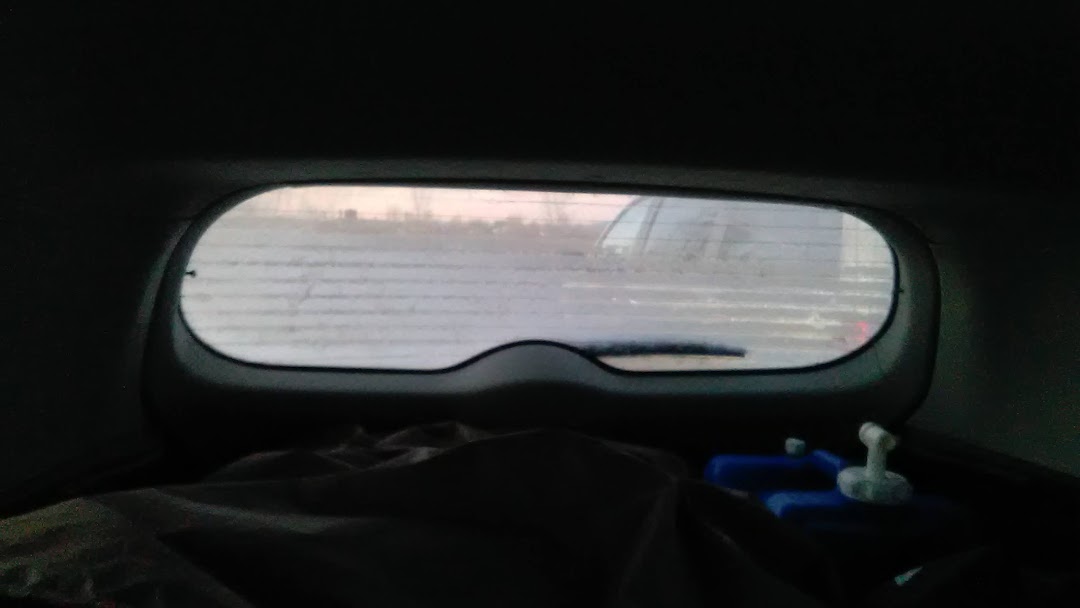 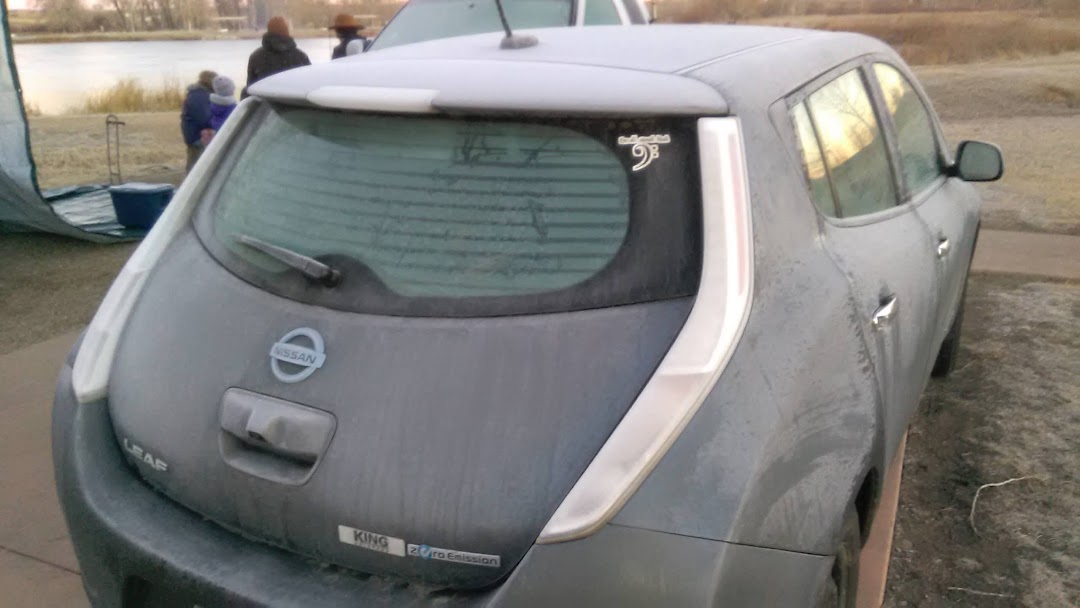 This was a popular activity at the state park: 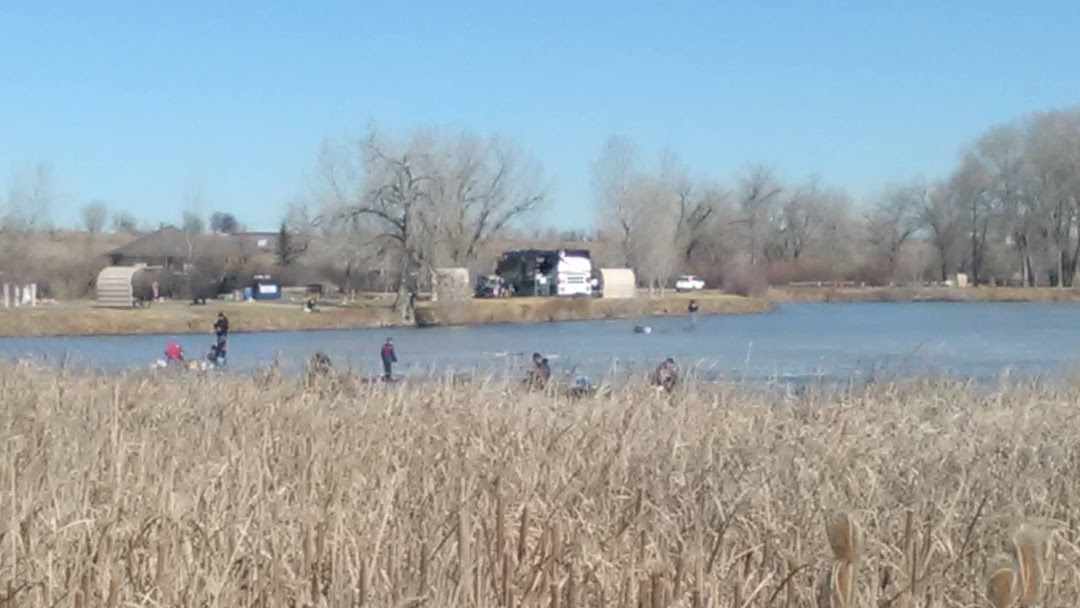 The state park also has a free Chargepoint level-2 station but I ended up having plenty of charge to get back home.

Sounds like fun. The photos aren't showing though. Not sure if it's just me or my computer or ?

If I right-click on the word "image," instead of viewing it I get a Google login screen. You may need to make them "public."
Brilliant Silver 2021 Leaf SV40 W/ Pro Pilot & Protection
2009 Vectrix VX-1 W/18 Leaf modules, & 2 lithium E-bicycles.
BAFX OBDII Dongle
PLEASE don't PM me with Leaf questions. Just post in the topic that seems most appropriate.

Ack--sorry. I tried them again.

That did it. Are those people ice-fishing out there? Yikes, I can't image that ice is more than a few inches thick.

Whew, thanks! Ice fishing, indeed! It was alarming to see at first, since the ice nearest us was very thin. They must know where the ice is thicker (but you're right--probably no more than a few inches). There are motorcycle tires tied to coils of rope stashed around the pond edges for ice rescues, and we fortunately didn't see any of them being used!
2016 LEAF S-30 w/QC "Lexie"
Post Reply
Load more posts
7 posts • Page 1 of 1