by johnrhansen
I bought the 1 1/4 version. It went in easy and is very well built. Kinda heavy though.

ybitz wrote:Thinking about buying the Torklift 2" hitch.
http://shop.tlcentral.com/store/pc/2013 ... -p1120.htm" onclick="window.open(this.href);return false;
$250, free shipping.
Anyone have any experience with this? Maybe easier to mount than Bill's hitch since it doesn't require cutting/drilling?

I've heard good things about the Torklift product. Installation will be about the same though (except that it's heavier) since you still have to cut the plastic for the hitch to come through.

by daaxix
I purchased Bill's Hitch and the Thule EasyRide 9032. After using it for a few months, I'm very happy with it.

The only suggestion that I would make to Bill is to make the fish wire about 2 in. longer, mine was honestly a touch too short and that increased the difficulty of installation slightly. Overall, as automotive projects go, fairly easy...

Here are some pictures : 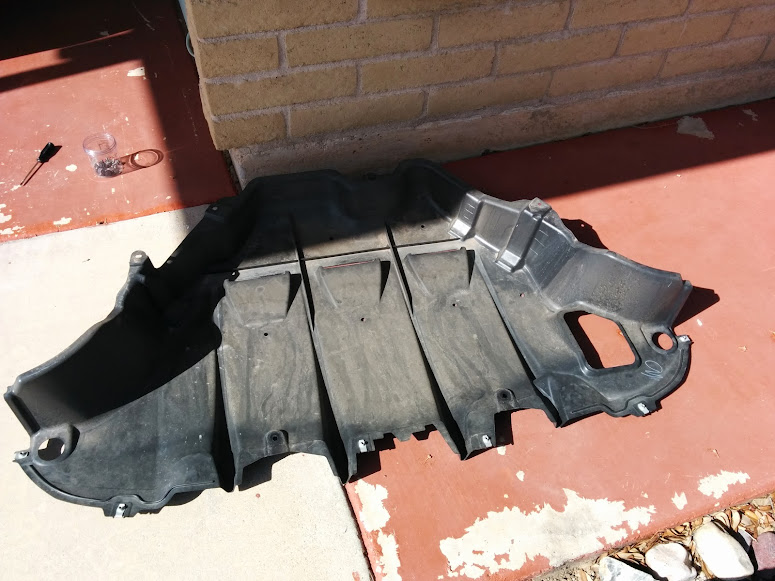 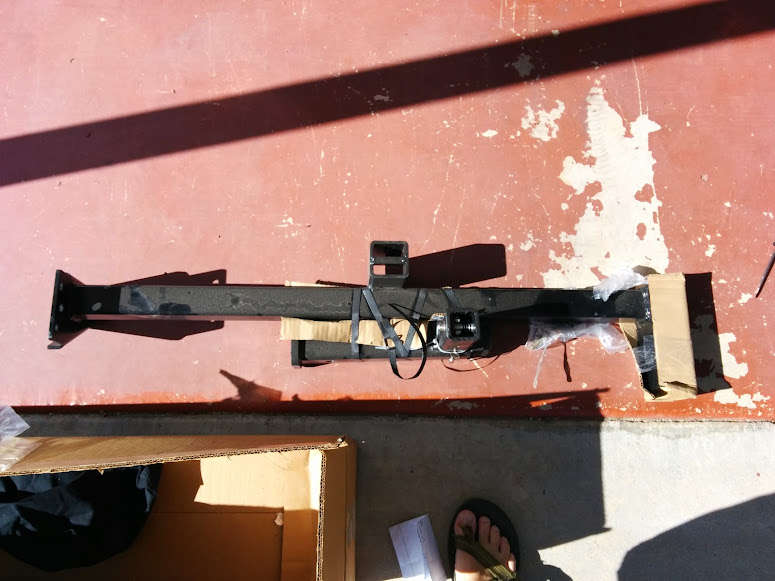 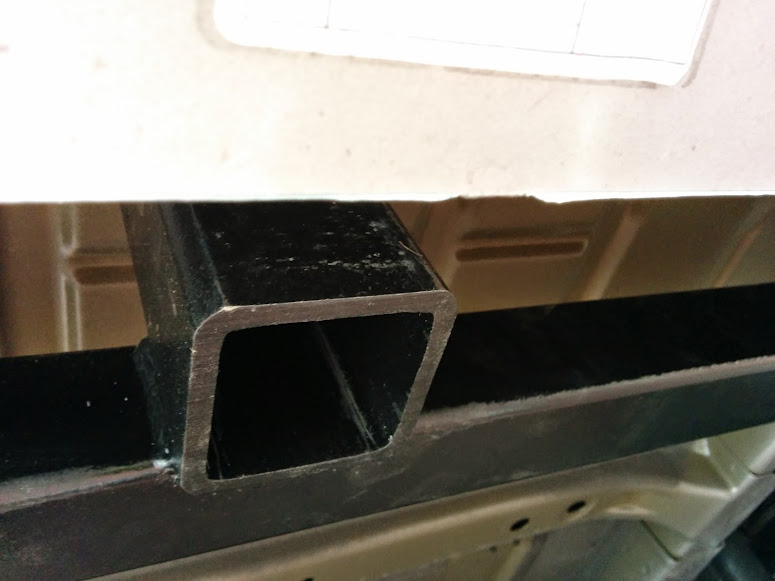 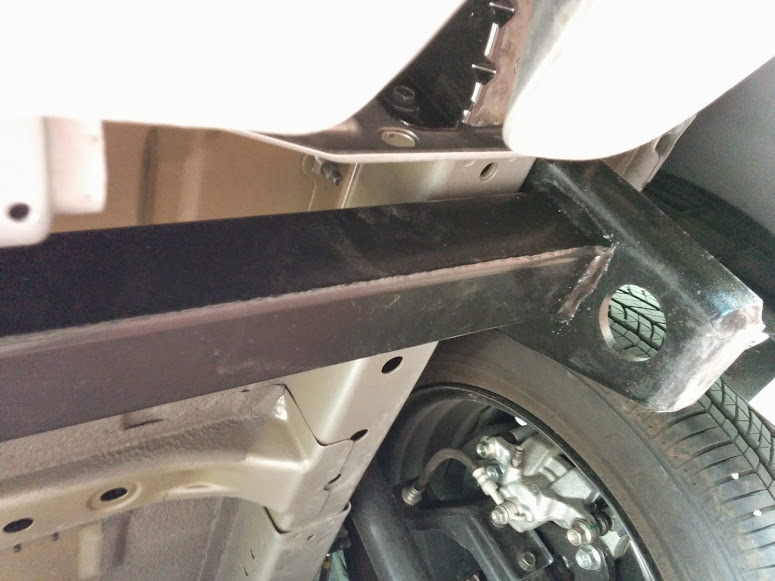 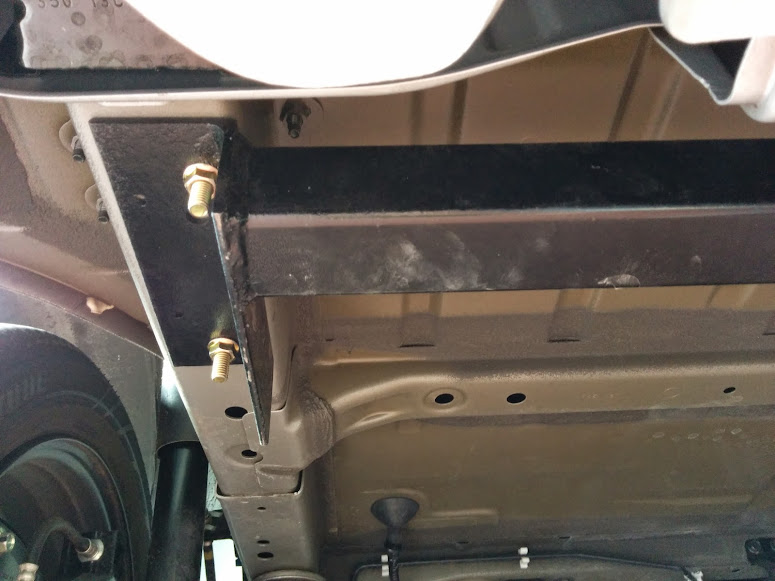 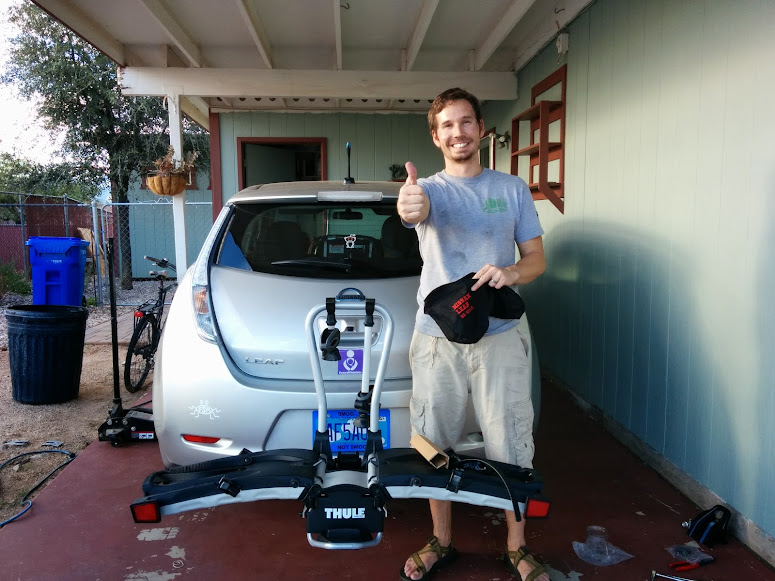 by a2t
looks good. i just got through installing the torklift hitch (1 1/4) and here are my thoughts :

The good :
overall its a nice design, lines up well with the frame holes. it will be very durable.

The not good :
its very very heavy but i guess hitches need to be steel instead of aluminum. fishing the bolts through the frame did not go well. Torklift provides a wire fish to hook onto the end of the bolt, but the metal rectangular washer they provide doesnt slip over the fish when its attached to the bolt threads. I had to put the rectangular washers on my drill press and oversize their holes. Also, the holes in them look like my 3rd grader might of drilled them, surely these were made in China for 1/2 cent each. They were badly ovalized. Im glad I tried to test pull the fish + bolt through that hole in the rectangular washer. Had i done that with it fished through the frame I would of definitely lost the bolt, rectangular washer, and star washer inside the frame forever (and gotten to listen to it rattle for the next 23 months of my lease). Also, once you pull the fish through, its very difficult to unthread it from the bolt (as the bolt head is blind at this point and the whole bolt spins with it). Its very very easy to damage the wire fish to the point where it will fall off the bolt while its being fished. Finally, once the bolts are fished though, the heads are blind so you cant restrain it from turning as you put the nuts on. The bolts Torklift sent me had tiny dings on the threads, so the nuts wouldnt just snug up. I finally used my air gun on it and it was able to snug up. Not sure what i would of done if I couldnt get the nuts to snug up, theres no removing them at that point (unless you want to cut your frame which I would highly not recommend).

I think this install would be easier if they just supplied you with a pilot drill bit and a final size drill bit and a tiny can of primer and told you to drill through the frame into the space below the false floor in the trunk. Then just supply longer 4" bolts and avoid this bolt fishing nonsense. I havent looked under the false floor in trunk though so I dont know what the clearance is like there.

With the modification required to rectangular washers and constant rewinding of the fish tool, it took me 3 hrs to install this hitch on my 2015 leaf.

Now that its on, its a brick sh!t house and will easily mount my Yakima bike rack or even pull my hf 4x8 trailer for light duty home depot runs, or pulling my kayak to the local pond.

The torklift is a good price though, hard to beat that. Could be easier to install. I think bill could take this competition if he figures out way to install without fishing bolts through frame. plus its always better to buy from an enthusiast on this forum, hopefully his parts arent made in China, i get the feeling they are not.

Ps - tip for trimming the black plastic undertray : since we all live in either atlanta or cali, let it sit in the hot sun for 2 or so hours. then take an exacto knife, it cuts it like butter when the tray is warmed.

by chuck101
Anyone have any experience in the differences between the Curt hitch and the Torklift hitch? The Curt is quite a bit cheaper on Amazon. ($121 shipped Prime even)
Thanks.

chuck101 wrote:Anyone have any experience in the differences between the Curt hitch and the Torklift hitch? The Curt is quite a bit cheaper on Amazon. ($121 shipped Prime even)
Thanks.

Can you let me the model number Curt Hitch you found on Amazon? I almost pulled the trigger on the Torklift, but was having a hard time swallowing that price tag!!

by Electric4Me
My experience with inexpensive hitches, especially those made for class I, is that they're too flimsy. If you only put two bikes on, max, then you'll be fine. I found myself using my hitch (on a Subaru) for up to 4 bikes occasionally and the hitch would sag badly. I had to use winch straps from the rack to the top of the hatchback to keep the rack upright. This is after the hitch permanently bent down and I learned the hard way!

That experience led me to design my LEAF hitch so that it was very stiff, and the reports I've heard about the Torklift product are that it's very good. The Torklift price seems like a good deal if you ask me. You get what you pay for in this case.

by darelldd
I certainly agree with Bill.

In general hitches are not meant for the cantilevered load of bikes on a bike rack. People see a tow rating of 1000 pounds (or something big) and figure, well, my bikes only weigh 25 pounds, so what could go wrong? The answer is: Plenty.
All times are UTC-07:00
Page 22 of 24
Powered by phpBB® Forum Software © phpBB Limited
https://www.phpbb.com/