Setting up street charging solution next to my house

If you were laying the EVSE cord across the sidewalk, I would just get something like this for $8: http://smile.amazon.com/Belkin-6ft-Cord ... cord+cover 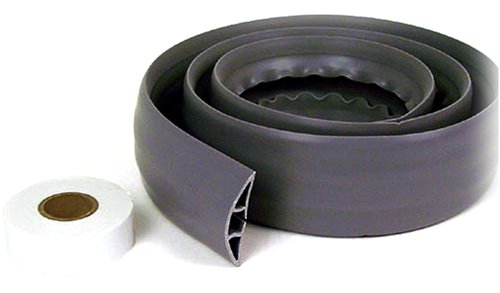 If you're laying something over the sidewalk, I would definitely get one of those bright yellow ramps. The EVSE cable is fat, so you'll need something heavy duty. And you don't want someone with a bike to ride over it or a person to step on it. And you definitely don't want someone to trip on it or fall off their bike because of it. Avoid a lawsuit and use a cord cover designed for that kind of a cord. Maybe even get a caution sign for extra CYA.

Cutting into the sidewalk sounds illegal to me and would have a similar problem of there being a hole for people to trip on when the cable isn't there.

Putting something 7+ ft high to go over the sidewalk is another option. But you wouldn't want it to be there permanently.
150 Mile Club, 200 KM Club
2 Leaf (no ICE) Household

I will be charging every night. I am inclined to have a conduit installed rather than a have the cord in a protector on the sidewalk. But the conduit is a lot more work.

How thick is the typical J1772 cable? I need to determine what size conduit or cable protector to get.

Many are about 1/2 inch in diameter.
:
2013 Pearl White SL Premium
Traded for a Cirrus White 2014 Mercedes B (totaled)
2016 Urano Gray eGolf SEL w/ drive assist
Loved the VW but it sat too low for my old body
Back to a Cirrus White 2017 B250e
White Ioniq limited.It sits just fine

If you are going to remove the cable from an existing EVSE then run 1 inch conduit so you can get the terminals to pass. Quick Charge Power's 40A cable is the smallest that I have seen. It is much smaller than the usual cable. Many use it for 30A or less.
:
2013 Pearl White SL Premium
Traded for a Cirrus White 2014 Mercedes B (totaled)
2016 Urano Gray eGolf SEL w/ drive assist
Loved the VW but it sat too low for my old body
Back to a Cirrus White 2017 B250e
White Ioniq limited.It sits just fine

It's 4 years later, and I owe this thread a followup with my final solution. I've had a reminder to post a followup on my bookmarks bar since July 2016 and I'm finally sitting down to write it while stuck in quarantine.

I ended up purchasing a JuiceBox from emotorwerks.com and mounting it on my house. I cut the EVSE charing cable and connected the four wires to 3 #8 AWG and 1 #16 AWG solid wires run through a PVC conduit underground. L1, L2 and ground used the heavy wire and the pilot used the thin one. We used a concrete saw to cut a slot in the sidewalk large enough for a shovel and buried the conduit 24 inches below ground level. The termination was in a NEMA 14-50 outlet. Then attached a NEMA 14-50 plug to the changing cable. We patched the sidewalk using bagged quickset concrete.

When I want to charge I plug the cable into the outlet and then into the car. When done I store the cable in my car.

I mounted the plug on the tree facing away from view as much as possible. I now "plug into the tree" to charge. I joke about planting a "current bush" next to the tree so I would be charging using that.

I understand you can tunnel under sidewalks with a garden hose attached to a piece of metal electrical conduit, using the water to blast away the dirt. I would try that next time.

Here is a cut and paste of advice I received from emotorwerks support:


From the JuiceBox, run the 4 conductors separately (of the J1772 cable) in a conduit to terminate with a 4 prong outlet of your choice on the other side of the sidewalk. Use a weatherproof enclosure. Then take the J1772 at the length you need (up to 25' as allowed per code) and wire a 4 prong plug to match your outlet, lining up the L1, L2, ground, and pilot. You should then be able to plug into the outlet wth your J1772 "plug" and charge.

Cut the cable from the J1772 close to the box to save as much of the length as you need. It might have 5 wires inside, we only use 4 of them. Tie them into a junction box. At the junction box, run out to the street (under the sidewalk with conduit and wire, #8 gauge is fine for 40A continuous and easier to work with) you can use #8AWG, THHN, 1 blk, 1 red, 1 green, and 1 #16AWG blue for pilot. Splice wire to wire in the box. At the street, terminate the other end at an electrical box into a NEMA 14-50 outlet. Use all 4 blades, and i recommend using the ground for the ground, L1 and L2 on the sides, and the neutral blade can now be your pilot. Then add a NEMA 14-50 plug onto the cut J1772 cable, and wire it the same on the plug so that the blade opening with black, is black, red to red, etc. You'll notice in the oic, I would do that, and make the W the blue pilot.

Looks like you found a good, if somewhat labor-intensive, solution. Thanks for sharing it. The only suggestion I'd add (aside from seconding the garden hose approach) would be to run the plastic conduit through a section of metal underground conduit just wider than the sidewalk, and use that to raise the crush resistance under the concrete. Our garage was originally fed by underground conduit, but it looks like when they poured the sidewalk/patio between the house and the garage, the weight of the concrete crushed the metal conduit enough to cause a short and ruin the feed.
Scarlet Ember 2018 Leaf SL W/ Pro Pilot
2009 Vectrix VX-1 W/18 Leaf modules, & 3 EZIP E-bicycles.
BAFX OBDII Dongle
PLEASE don't PM me with Leaf questions. Just post in the topic that seems most appropriate.
Post Reply
Load more posts
18 posts