or a connector there for a Scangauge type computer?

[quote] My first thought was of Kukla[quote]

Fran, and Ollie......loved that show!...count me as another aging boomer.

Boomer23 wrote:Not sure if this has been mentioned before, but re johnr's recent photo above, I'm just beginning to realize that a front license plate in the shape of US plates, especially a white one, gives the Leaf a rather buck-toothed appearance. My first thought was of Kukla, the one-toothed serpent from the old puppet show (circa 1950s, go ahead and flame me for being old).

I'm not saying this is a deal breaker for me. I have gotten over the fact that this is the first car I'll own of which I don't particularly like the styling. It does, however, make me want to risk not putting on a front plate, against state law. I'm sure that I'll wind up ignoring the appearance eventually.

Hahahaha Boomer! It does look like Kukla! LOL I never noticed it before you said that...oh my, glad I won't have to use a front plate.

However, (which is actually better English than 'having said that/that said') without the plate it looks like a catfish!

So, the mirrors and the antenna are changed...but which one will be the production version? I hope they don't use those ugly square mirrors!

Also look in this lower picture, there's a little cover over where the towing hook would be.

And I see the rear windows are tinted

Something is either unique or it's not. There are no degrees of uniqueness.

Now I need to watch my words carefully; the grammar police is here

Getting just a little off topic here?

Back to the images:

I know what that rounded rear fender well reminds me of: a classic Woodie station wagon. The spoiler even recalls the surfboard on top. I wonder if we can order a Leaf with white sidewall tires and wood side trim. 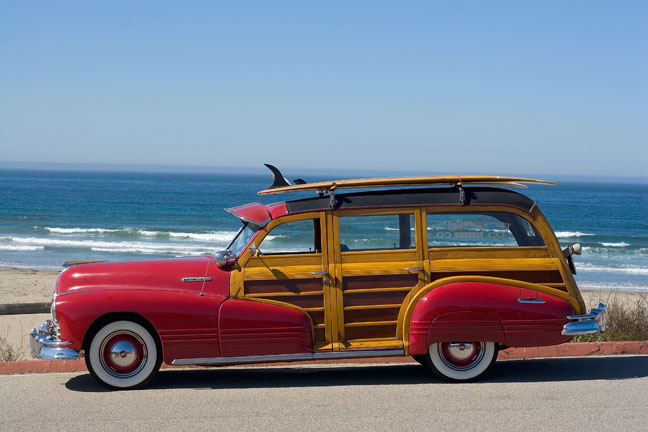 putting on some stripes on my leaf

just added some stripes to my Silver Leaf