An ICE based car as a second car...

Tell me about it. He states he is occasionally required to use his POV for work purposes but lately there has been a state vehicle available and he hasn't used the Volt one single time.

This is a good example of the fear that needs to be overcome if EVs are going to really take off. Probably a topic for another string.

actually his situation is a microcosm of how the US is going. 2 years ago he stated he was taking at least 2-3 times a month and always using POVs and he was driving an old pickup and some trips were 200+ miles RT. he was reimbursed but had serious doubts about being able to make some of the longer trips plus he was burning a quart every other week or so.

so that is why he got the Volt. if not for that he would have gotten the LEAF or MiEV.

now, the State budget aint what it used to be so the need to use a state vehicle has been reduced along with the # of state workers and it has always been the policy that you only use your POV if a state vehicle was NA which used to be the case.

Finally able to back this trip to Santa Ysabel without need for an ICEd based car cos the DCQC is finally installed:

eHelmholtz wrote:Here's hoping that the LEAF can make this trip and back easily with the DC charger in place soon near this location in Santa Ysabel. For now, it's the ICE. 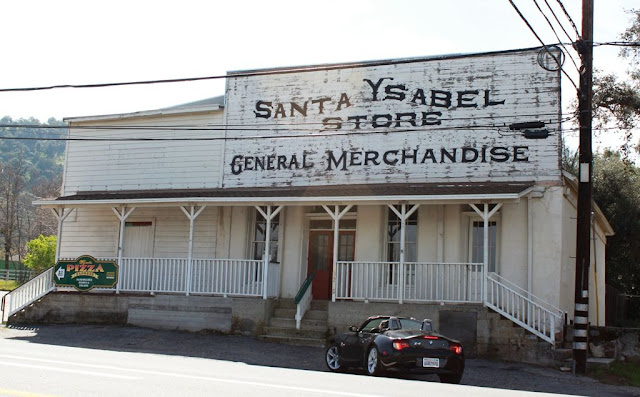 I wonder if the new members on this forum have a second car whether for fun or to extend the range.
TARDIS
LEAF Details

My wife's previous car, 2012 Mits Lanser GT, is now my driver, with my wife taking the Leaf. It is also our driver for longer trips. She fell in love with the Leaf so I only get to drive it when we go somewhere together.

Lexus IS 250 here as the secondary car. Ever since we got our Leaf a month ago I avoid the Ice car like a vampire avoids garlic

My wife and I generally buy our cars and keep them for 200,000+ miles, but for the last couple of years we have been doing some car-shuffling trying to position ourselves for a car like the Leaf. We started by selling our older Volvo 940 turbo and 850 turbo for our first new car, a 2012 Acura TSX Sportwagon. It's a great car for driving across the country and gets 35 mpg. We also have a 2000 Toyota 4Runner SUV that is lifted and supercharged and it works great for skiing, hauling tons of gear, off-roading and towing. It still gets 19-20 mpg despite all the modifications we have done to it.

Once we sold off our other cars, we finally picked up our Leaf early this year. I commute it everyday and it has become our primary car. In the past three months we have driven the 4Runner twice to go skiing and once to get into the backcountry and my wife commutes the Acura, but that's only on days I have the Leaf. The Leaf is always the first vehicle choice for many reasons beyond the low cost to operate.

For our lifestyles, having the Leaf, a comfortable high-mileage wagon (Acura) for cross country trips + a 4WD SUV for literally everything else is a nice mix.
Post Reply
Load more posts
76 posts